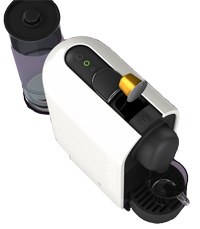 Nestlé, ther owner of Nespresso brand, reached an agreement with France's antitrust authorities (paywall) to extend the guarantee on its single-serving coffee machines to customers who use pods other than its own, branded ones. As part of the deal, Nespresso will also remove the warning on its capsules and machines that claims only its own pods should be used with its coffee machines. Since, as it turns out, that's not quite true.
The company has found itself embroiled in a spate of legal disputes relating to its clever (if perhaps bullying) approach to protecting its business. Last year it tried to block the sale of rival capsules in the UK. It waged a similar war on competitors pod offerings in Germany in 2012, and then again in 2013. It also battled with its coffee pod enemies in Switzerland, as well as in France, Belgium, and the Netherlands.  The thing is, Nestlé has lost in just about every one of those conflicts.

Nespresso compatible capsules will not void the machine warranty - France only for now Read more ...

Roasting: the moment of Truth - Light vs Dark coffee beans

Big names deliver great marketing messages and not always great flavours. Dark roast are popular however only the best quality coffee beans are usuualy used in light roast. This depends mostly on the fact that  light roast is not easy to brew opposite to a dark one which is more forgiving and is better for maintaining a taste consistency. Beans are a fruit afterall and each harvest can be different.

Dark roast means that the coffee bean has been roasted typically for a longer period of time.  This gives the dark colour but will also smooth the flavours of the coffee highlighting the roast notes. Once beans are dark roasted it's impossible to tell whether it's a good bean or a bad bean because all the natural flavours have been burnt and obscured by charcoal notes. Nonetheless, many dark roast are excellent for milky drinks or Americano type of coffee.

Six Reasons to switch to pods or capsules 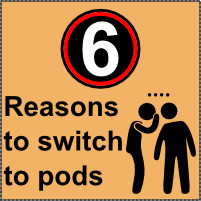 The coffee in the capsules are pre-ground, measured out and tamped for optimal extraction. Capsules and pods are also self sealed so the system is very clean, machines require very minimal regular cleaning and every cup of coffee is perfect and fresh.

Six Reasons to switch to pods or capsules Read more ...

What's my type of coffee in capsules? 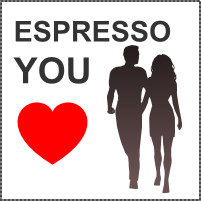 This infographic is inspired by our personal experience and our regular test since we started espressoland.com.au few years back. It takes into consideration many conversation we had with coffee roasters and articles we come across on coffeeroasters.com.au and singleservecoffee.com.

What's my type of coffee in capsules? Read more ...

How to Make the Perfect Cup of Espresso, Long Black or Flat white | Real Simple!

Use your favourite blend of coffee from the range of capsules compatible with your Machine.  Extract approx 15-20 for a ristretto or 30ml shot of coffee into your cup.

Use your favourite blend of coffee from the range of capsules compatible with your Machine. Extract a 30ml shot of coffee into your cup. For a double shot capsule you can extract up to 50-60ml.  Discard capsule into capsule draw  and top up your cup with hot water.

Get the correct Capsules for your machine!

At espressoland.com.au you will find the largest selection of coffee capsules from different leading coffee companies at lower price. Capsules for Nespresso, Lavazza, Caffitaly, Dolce Gusto, ESE, A Modo Mio, BLUE, Espresso Point etc are all in one place!

Get the correct Capsules for your machine! Read more ...

Consumers are increasingly seeking café-style coffees at home, and this, combined with the development of affordable appliances, has given rise to the coffee pod and capsule phenomenon, says IBISWorld. This development, which was pioneered by Nestlé’s Nespresso coffee capsule system, has turned the coffee world on its head. Though Nestlé has captured the lion’s share of the pod pie through its boutique distribution model, the trend has also opened the way for dozens of other companies making compatible capsules such as EspressoLand from Western Australia. EspressoLand is selling pods based on their taste, which it imports from Italy. Co-founder, Piero Orlando, says the four friends who recently founded EspressoLand trialled many products before settling on their coffee supplier. “We are a team with a passion for Italian espresso coffee and we established EspressoLand as a new project with the clear idea in our minds that a good coffee should be more affordable and accessible to everyone,” says Orlando.

While George Clooneyï¿½s looks may have helped Nespresso explode into a billion dollar global brand, CHOICE has found the coffee capsules arenï¿½t as hot as their competitors, placing fourth ou tof five in a taste test.

Nespresso coffee capsules ï¿½ the most expensive in the survey ï¿½ were described asï¿½underwhelmingï¿½, ï¿½mustyï¿½ and ï¿½wateryï¿½ by CHOICEï¿½s three experts, who blind sampled five shots. Each shot was assessed for crema thickness, colour, aroma, mouth feel and aftertaste.

The others ranked as follows:

Aromatic compounds and other flavour compounds are extracted from coffee grains by the Moka using a process known as percolation. The verb to percolate is defined as: to cause a solvent (i.e.: water) to pass through a permeable substance (i.e.: coffee)....

The below analysis is based on a study published by the University of Parma Italy and is comprehensive of  all Nespresso compatible capsules available on the market as of  04/09/2012. The study took into account the quality of the capsules, extraction and performance of the capsules in producing a good coffee.